Industry experts have warned that the indiscriminate discharge of scrubber wash water into the sea could pose serious risks to marine life and human health. 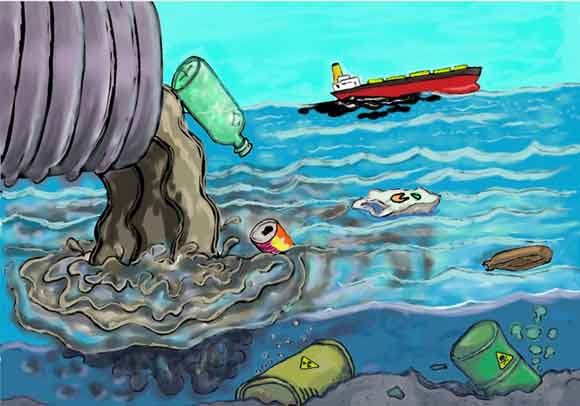 Some Philippine ships use the scrubbers or chemicals used to remove pollutants from engine exhaust. Scrubbers are akin to a car’s exhaust filter, as they can reduce or remove pollutants from the ship’s fuel chemical process to release clean smoke. With scrubbers, there’s a pollutant residue such as scrubber wash water that could harm marine life and pollute the sea.

The dangers of discharging scrubber wash water into the sea include the poisoning of marine life. It can also lead to increased toxic levels, decreased pH levels, and acid rain. Abatement measures can mitigate the dangers of scrubber wash, industry experts said.

Research from Elementa, a marine publication, indicated that an open-loop scrubber could discharge more zinc and copper to the surface water than anti-fouling paint. The release of pollutants into seawater therefore can result in human health risks and water acidification. The paper noted that particulate matter, made by sulfate, forms one of the pollutants.

Ms. Nimfa, a marine life researcher, explained the toxic effects of scrubbers on marine life. “Chemicals such as sulfuric acid and nitrous oxide that made up the scrubber wash can poison marine life from planktons, small fish, to sharks. The reason behind this is the toxic magnification where preys such as planktons and small fish get eaten by predators such as barracuda and shark. The poison accumulates from prey to predatory fish,” she said.

Mr. Jerry E, a marine life researcher, warned against the effect of scrubber wash on marine life and seafood. “Scrubber wash can poison the fish, mollusc, and sea plants. Poisoned marine animals could end up in someone’s dining table and cause unnecessary poisoning. I think it’s like throwing garbage to the sea or dumping laundry wash water to the seashore,” he said.

The International Maritime Organization’s MARPOL (International Convention for the Prevention of Pollution from Ships) covers some issues concerning pollutants that could poison marine life and food sources.

First, an increase in chemical oxygen demand can potentially impact aquatic systems. Second, the polycyclic aromatic hydrocarbon or PAH is a carcinogenic chemical that exists in petroleum products and can contaminate marine ecosystems.

Third, it could result in the increase in turbidity, a measure of suspended particles in water and a decrease in water transparency. Fourth, nitrate, a highly oxidized form of nitrogen, can also be harmful. Fifth, wash water can contain arsenic, cadmium, nickel, copper, vanadium, selenium, and lead which are all toxic.

The European Water Framework Directive or WFD listed 33 harmful priority substances in wastewater. Such substances include benzene, fluoranthene, dioxins, endosulfan, and other chemicals with long names.

The International Surface Ocean-Lower Atmosphere Study or Solas, a research initiative by a non-profit organization, conducted a study about the ship-to-air, sea-interface, and scrubber emissions. The study identified the effects on the oceanic biome, which include the release of sulfur dioxide, nitrogen, aerosols, particulate matter, and nitrogen.

The Arctic Alliance, a non-profit organization, reported that by 2020, the International Maritime Organization’s regulations would require fuel to limit sulfur content to 0.5%. This forced ships to adopt scrubber technology to meet the sulfur cap.

Lloyd’s Register and DNV GL recommended technical standards for the scrubber operation and construction and required the correct installation of monitoring instruments.

Elementa, a shipping publication, also warned that wet scrubbers could reduce particle emissions into the atmosphere. A closed loop scrubber can re-circulate and buffer with caustic soda.

Mr. Ryan, a marine engineer, cited the need for abatement measures with the use of scrubbers. “Shipping companies could buy high-tech scrubbers that can filter all pollutants without leaving any traces or use fuels that are clean. Perhaps, ships can migrate to renewable energy sources such as solar energy or lithium batteries. Why not?” he said.

Mr. Jerry, another marine expert, suggested the proper disposal of scrubbers. “Ships could keep a container to hold wastewater and then after birthing, keep those containers onshore, recycle or bury underground similar to disposing of nuclear waste. Or shipping companies can recycle wastewater and turn them into useful products to avoid pollutants. Small companies that are on a budget or cannot afford scrubbers could use less sulfur fuel or rely on liquefied natural gas,” he said.

CSA or Clean Shipping Alliance, an organization composed of 25 maritime companies, concluded that compliant fuel and scrubbers are both essential to realize the 2020 sulfur cap required by IMO. It said that to ensure that the water discharged to the sea doesn’t pollute the environment, ships should use water analysis instruments to monitor pH, polycyclic aromatic hydrocarbons, and turbidity.

The water analysis results must be kept on board not less than 18 months from the time of recording.

Another alternative seen by the industry is to reduce the price of low sulfur content fuel so that ships will have more choices beyond using scrubber systems.