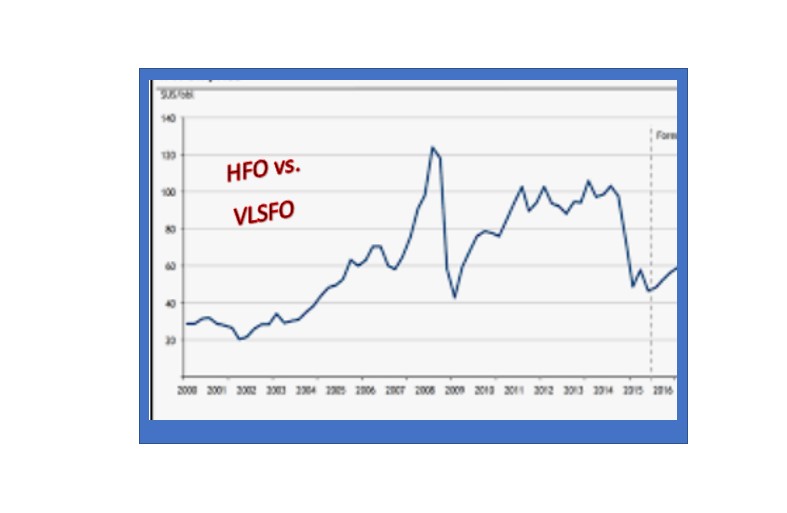 Risavika LNG front month is at 29.82 EUR/MWh for March, lower by 5.6 % week-on-week. Prices are moving towards lower demand season and expectation of more LNG cargoes arriving to Europe next month due to reduction of price spread between European and Asian spot gas prices from record high for February.

Oil product prices were quite stable even with contract month change. Fuel oil 3.5 has dropped 0.6 % and closed at 309.43 USD/t for March contracts. Low sulfur oil (MFO 0.5) has dropped by 0.5 % and closed at 400.53 USD/t, and marine gasoil (MGO 0.1) has gained by 0.4 % week on week and closed at 443.57 USD/t. Brent benchmark price continues being supported by Saudi’s production cuts at the level above 55 USD/BBL, while demand concerns due to new covid strains limit its upside.

With the fuel price spread between low and high sulfur fuel oil now firmly back in triple digit territory in Singapore, the world’s largest bunkering hub, scrubber installations became profitable again. The profitability of scrubbers dropped dramatically last year since the spread narrowed. Since early November, the spread has widened steadily so that it now stands at $92 per ton in Rotterdam and $112.5 per ton in Singapore, and forwards indicate that it would stay the same level making scrubber installations economical, which potentially could increase demand for HFO. Statistics from DNV GL show that 7.5% of the commercial fleet has either ordered or already installed a scrubber.